From aicamstir.com
Jump to navigation Jump to search

In some cases, high spatial resolution imaging made with sophisticated microscopes is used to produce images of products, samples and objects that cannot be seen with the naked eye. 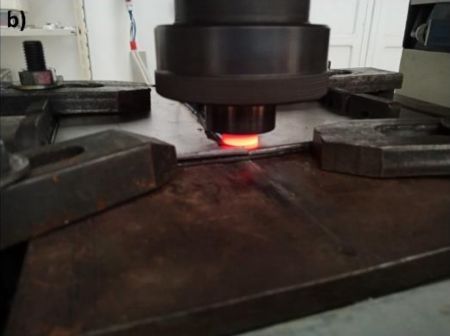 WC-based composite tool during FSW of Ni base alloy[1]

Friction stir welding (FSW) of Ni base alloy and of carbon steel was conducted during the development of WC-based composite tools for FSW of high-softening-temperature materials at the Prince Sattam Bin Abdulaziz University in Saudi Arabia and the Suez University in Egypt et al.[1] 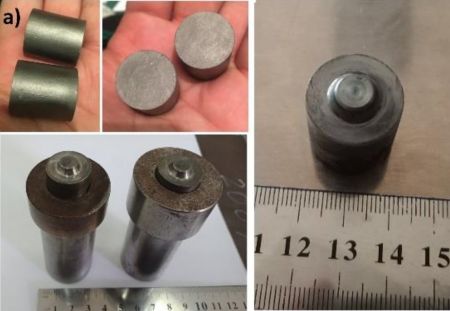 FSW tool parts after consolidation, grinding for the required geometries and insertion in the tool holder[1]

A visually acceptable weld shows a homogeneous surface from the start to the stop. The annealing colors above the heat affected zone are superficial colorations that result from the application of heat. They can be used on some materials such as stainless steels and copper alloys to assess and monitor the heat input during and even after FSW. 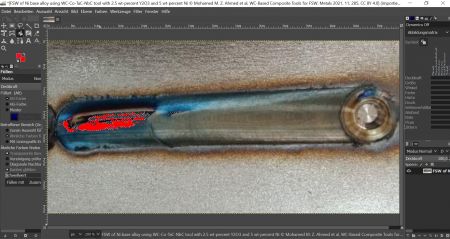 Image processing with Fuzzy Select Tool (Magic Wand) in GIMP 2.10 (GNU Image Manipulation Program). This is a pixel-based graphics software that includes functions for image editing and digital painting of raster graphics. The programm can be downloaded and used free of charge. Several YouTube videos are available, which explain its main features. 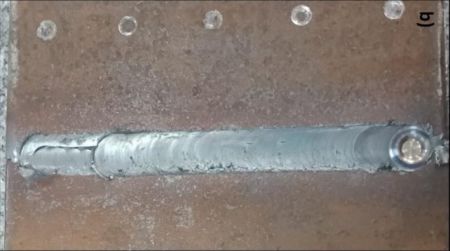 When welding carbon steel the annealing colors are less visible as shown here on a weld that shows some surface anomalities at the start. 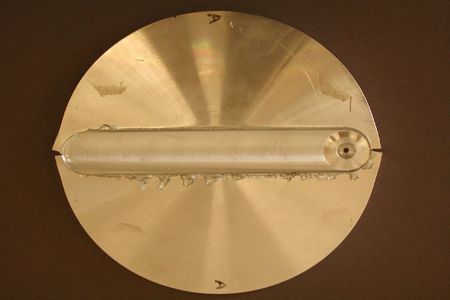 A study on friction stir welding of 10mm thialuminum-scandium alloy 7050-T651 castings (Al–5.6Zn–2.5Mg–1.6Cu) alloyed with 0.12 wt.% scandium was conducted at University of Applied Sciences of Southern Switzerland. The welds were made at a travel speed of 140 mm/min. The pin length was approximately 9.5 mm and the rotation speed was 240 rpm. Weld A was made as cast with acceptable visual appearance.[3] 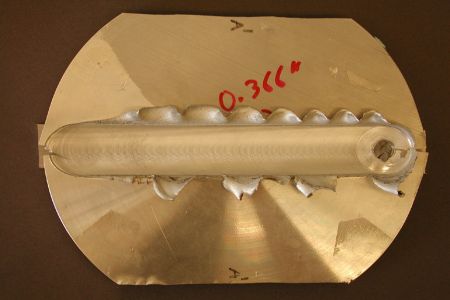 Flash was expelled, while making weld A' in the artificially aged T651 condition. 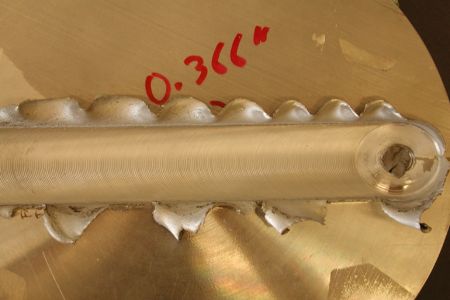 The flash was different on the advancing and retreating side of the weld. Gerenerating excessive flash is not a problem per se, as the flash can easily be removed with a milling cutter in the FSW machine or a grinding wheel of a manually operated angle grinder. However, in some cases excessive flash might be an indication for undercut, i.e. the weld being thinner than the plates, or for the pin being damaged by contacting the backing bar. 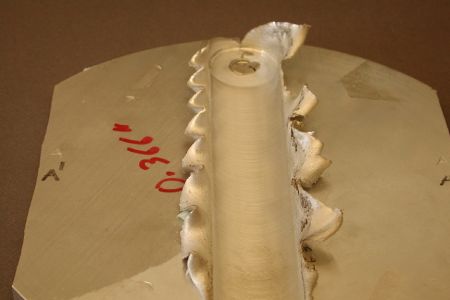 Above photo shows the flash from a different point of view. Therefore, some FSW machines have several cameras installed, e.g. one in front of the FSW tool and two behind the FSW tool (looking at the weld from above and at an angle). 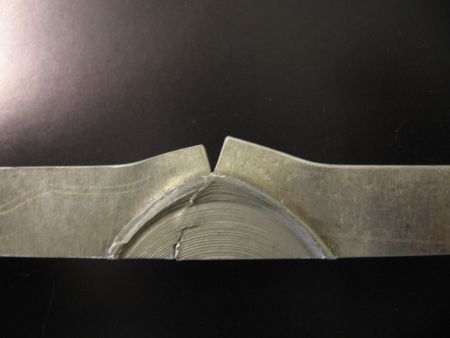 Significant deformation occured in the start region of the weld, so that the unwelded region is clearly visible in the area, which had not been stirred by the traversing pin. 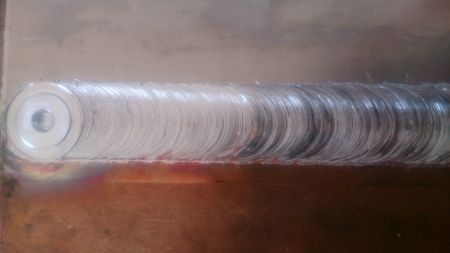 We are currently searching for photos of the surfaces of friction stir welds, ideally made at five different welding conditions:

We want to use them to train an automated image processing system to detect wrong parameters and re-adjust them either during welding or before making the next weld.